The New Jersey part of the Queen of Hearts passes

This was a really fun group of songwriters that used to frequent the Bluebird Cafe in Nashville. I first saw The Queen of Hearts at the late-lamented Swallow In The Hollow in Roswell. If you never got a chance to go, imagine a big rustic mountain cabin with pretty damn good BBQ and live music every night.

Everybody in the band wrote songs and they would rotate who would lead and everybody else sang great harmony. BethAnne Clayton was the one from New Jersey and she passed 14 January 2020 at 54.

Sounds like the rest of the band were able to gather around her in the hospital for a last round of singing together. I can only imagine the emotion that day. Here's how I found out about it:

The band got together in 1999 and it doesn't look like much of anything made it into the new world of streaming but the two albums I have are:

Queen of Hearts (2002) with stand-out songs "Treat Me Right" and "Hello, Baby, Goodbye"

Pink Boots (2006) with lots of good stuff, but "Show Me A Sign" is probably my favorite. 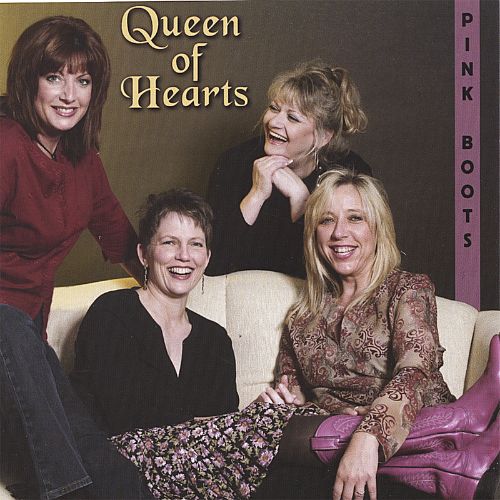 They were lots of fun live. Keep on rockin'

Popular posts from this blog

Another reason why Atlanta weather forecasts are inaccurate

August 09, 2020
This was in a long-gone 2005 blog by Jon Richards but it's still relevant: He explains why it didn't get as warm as it was supposed to earlier this week, and why it's so cold today Forecasts Get It Wrong Three Days In a Row For the last three days, the predicted high temperatures in metro Atlanta haven’t been what they were forecast to be. As detailed  here , Monday’s miss was caused by a slow moving warm front. On Tuesday, we were supposed to reach a high of 70 degrees, before retreating to a low in the lower sixties today. Instead, we had a high of 60 Tuesday, and broke 70 degrees for the first time this year on Wednesday. Tuesday’s colder than expected temperatures were caused by a combination of heavy fog in the morning and a mini wedge, where the colder air closer to the ground was overrun by the warmer air approaching from the southwest. Overnight Monday, the skies cleared, and due to Monday’s rain, fog developed close to the ground. As the warmer air approached Tuesd
Post a Comment
Read more

December 10, 2009
It was the night before Christmas Here's a fun treat. In 1927 James Thurber wrote a hilarious version of "The Night Before Christmas" in the style of Ernest Hemmingway. Here's the beginning: It was the night before Christmas. The house was very quiet. No creatures were stirring in the house. There weren't even any mice stirring. The stockings had been hung carefully by the chimney. The children hoped that Saint Nicholas would come and fill them. The children were in their beds. Their beds were in the room next to ours. Mamma and I were in our beds. Mamma wore a kerchief. I had my cap on. I could hear the children moving. We didn't move. We wanted the children to think we were asleep. Check it out , it's pretty funny
Post a Comment
Read more